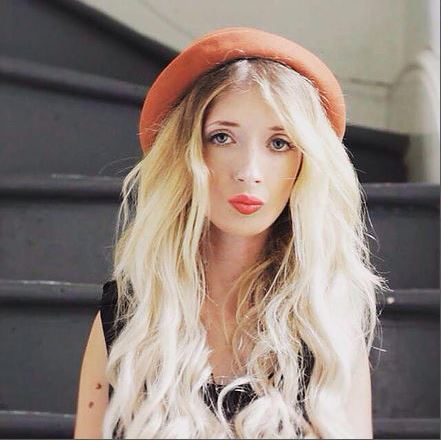 Long time, no speak! Literally! I think the less said about my lack of blog entries for the last 6

months, the better! LOL Apologies for the silence (although those closest to me would

probably relish it!) It’s been crazy busy times, both musically, professionally and personally.

In all honestly the longer it went without me blogging, the bigger the task seemed to be and it

became a bit overwhelming! However, I’m back and I’m here to update and summarise

what’s been happening and most importantly I bring with me NEW MUSIC! Yes that’s right,

up on Hype Machine http://hypem.com/song/2na1x?w=1. It’s so good to have it finally out

there and the response so far has been great!

there and help develop and nurture a solid fanbase. You may remember Flo included me in

supporting my music ever since. Both Flo and her sister Debs have helped me put together

newsletter! I’ve got lots coming up over the course of the year, so there will be plenty to

hey!) If you haven’t already, you can sign up via my homepage and

‘Live A Lie’, which was on my debut EP ‘Love, Life &amp; Lyricality’ plus my unreleased track

So what has happened in the last 6 months? Well on a worldwide scale – bloomin loads (I’m

there’s been lots too, some relevant to this blog and some not so much but if you follow me

on social media, you’d have seen what I’ve been getting up to anyway so surely I don’t have

to fill you in too much do I!? (Follow me now quick! Haha!) Musically though, I have been

tying up and putting the finishing touches to my new EP, which will be out this year called

‘Garden Of Kisses’, which I worked on with Ian Post and Simon Gogerly on (two very

Cre8ing Vision Workshop regarding publishing. He gave me some good advice and pointers!

I can also say I have a band now – yes I actually have a band! We’ve done a few

performances together (again snippets have been shown on my social media), and the

feedback has been brilliant. I love performing acoustically, however, whenever I’ve written

my music I can always hear a big production behind it rather than acoustic, which Ian Post

studio. So it’s been great to be able to get nearer to that for live performances rather than

performing my tracks acoustically all the time. Acoustic will be always be a nice alternative

I’ll try and keep the blog updated from hereon, however, in the meantime, get streaming my

new single and get sharing! Don’t forget to sign up for my freebies and exclusives (see my

homepage), you won’t be disappointed I promise! Also check out my upcoming gigs &amp; live

shows! I hope to see you at one of them!

As always, many thanks for the support and I hope you like my new single!