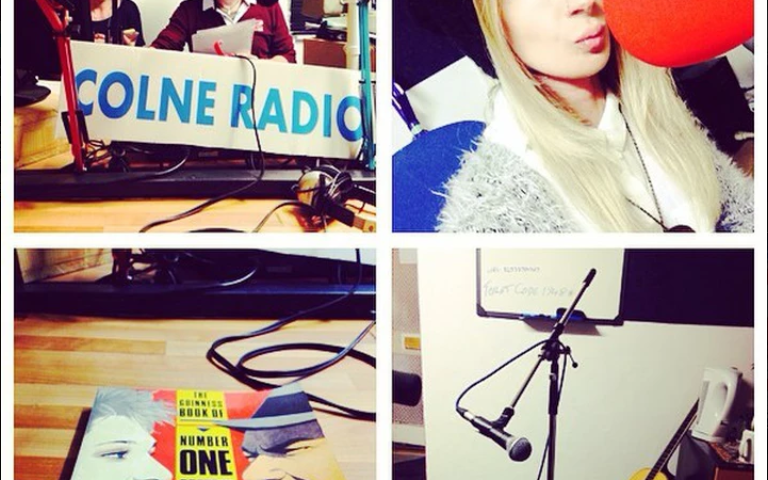 So it’s time for a long overdue blog post! To be honest, so much has happened the last month or so, I’m not entirely sure where to start! I can’t believe how quickly time has gone!? If you’ve been keeping tabs on my social media, you will have seen that I’ve been busy. As you can see my new single ‘Behind Your Eyes’ and my new music video is now live for all to hear/see! I hope you like 🙂 I’ve been happy with response so far.. I’ve decided to release it independently as a digital download from 22nd April via Spinnup (which I used for the release of my debut EP ‘Love, Life & Lyricality’) If you haven’t already checked out my new single and music video, visit my homepage and it will all be there for you to watch/hear! 🙂

So where did we get up to last time? Right yes, the Canary Wharf, London gig went really well! It was my first time performing like that, so open, out amongst the shoppers.. It was very much like busking! Adriano was on guitar for me and we got a few people stop to watch/film us and ask for information, which you can’t ask for much more really! The next day I was back in to the studio with Ian Post to finish ‘Deep Under (Water)’.. I’m really excited about this track…I put a clip on my social media and the reaction was great! I’m looking forwards to having this on my next EP (currently in the making)..

Towards the end of Feb/early March I was busy preparing for my new single release.. I was nervous to say the least but also excited.. I’m learning so much from this release.. There’s so much to do and know.. I’m making notes of everything I feel has gone well, things that I need to do for next time etc.. I’ve even had to change my strategy a little bit as I felt some things weren’t working as well as I’d hoped..  It’s all a big (BIG) learning curve and doing it all on your own is tough and hard work.. But at least this way, I’m making new contacts personally and when it comes to my next release and working with other people (hopefully), I’ll have a better understanding of their role and what it is they do as I’ve had to do it myself to an extent.. I’m learning on the job!!! When I released my debut EP last year, I learnt mainly about all of the things I didn’t do and could’ve done! So this time, I’ve spent a lot of time fixing that.. However, this is all positive stuff and to some extent I feel I’ve already done what I set out to achieve with this release but there is still a lot more to do! It’s also important to remain humble and thick skinned.. I’ve had some really fantastic, positive feedback and support from this release but also some rejection and constructive criticism, which again is all part and parcel of developing as an artist! Of course I’m human, I can feel disappointed but you’ve got to roll with the punches. Also, be kind to yourself, know when to take a minute to step back and reflect.

Any way, I guess I just wanted to chat a little bit about my experience as an indie/unsigned artist going about these things for the first time. I know I’m not the only one by a long mile to face the challenges I’ve faced and sometimes it’s just nice to read that you’re not alone in that.

In March, I was excited to be back in the studio with Simon Gogerly to do some more work on Garden Of Kisses and Adriano also joined us on a session to lay down some guitar parts for us. I can’t wait for this track to be finished, Simon has some really cool ideas!

In March, I also got together with a group of musicians as a band, which both Darrel and Adriano are a part of! It was so cool to sing my songs with a band behind me, it just presents more of the intended sound. Don’t get me wrong, I love acoustic but my songs were never really written as acoustic songs.. Apart from my very brand new song, which I wrote last week! It’s so new it doesn’t have a title yet lol but this is actually more folk/pop than what I usually come up with..

Gigs: I was happy to be performing again at the great Takism Square Restaurant and I also had a gig at the Three Pigeons Pub in Halstead, this time with Darrel Mayhead on guitar with me, who is another talented guitarist, which I’m working with as well as Adriano.

I was also one of those selected to perform at The Colchester Arts Centre for their ‘On for 2016’ show, which was an all day music event showcasing new, upcoming local talent. The Arts Centre is a lovely venue, great sound and I’ve wanted to perform there for a long time, so I was really excited to be a part of the day. Check out the venue at  http://www.colchesterartscentre.com/

I also performed at Bassment, Chelmsford, which again is a great venue, brilliant sound and just a cool, intimate vibe.. I always enjoy performing there. There was a great lineup! http://www.bassmentbar.com/. I did this performance to track, which was a first in terms of doing a whole set to track.. It went well and I was really pleased to receive a good reaction and feedback.

I now have a gigs/live shows page on my website so check it out to see what’s coming up over the next month or so! Also my social media is the best way to keep up to date with what I’m doing performance-wise! I intend to get out and perform even more over the summer months, especially London way.

I just wanted to say a big thank you to all those who have supported me and my new single (Behind Your Eyes) so far, including:

http://www.blogtalkradio.com/rocrunnaradioshow – Vegg from Roc Runna Radio Show in NYC – always supporting and played my track just a few days after it was live on soundcloud!

http://www.bbc.co.uk/programmes/p03njhpm – Very excited to say that Ollie Winiberg from BBC Introducing in Essex, played Behind Your Eyes on his show on 2nd April! Listen back here!

https://www.mixcloud.com/LoxleysCorner/loxley-colne-radio/ – I came in to Colne Radio on the Loxley Corner Show to perform live acoustically with Darrel Mayhead on guitar and had an interview. I’ve known Loxley ever since I first started singing and performing. I always enjoy catching up with him and I’m looking forwards to watching his musical come to life!

http://tunein.com/radio/Chelmsford-Community-Radio-s202636/ – Shakey’s Sessions – Shakey played Behind Your Eyes on Chelmsford Community Radio on his fab show ahead of the Bassment gig, which was a showcase he put on.. I’ve done a few shows with Shakey and they are always a good night.

http://www.phoenixfm.com/ – http://www.phoenixfm.com/category/eat-my-brunch/ – the lovely, funny Michelle Ward has been playing Behind Your Eyes on her great ‘Eat My Brunch’ show, which I’m really grateful for! Michelle has played Brushing Off The Dust and I have been on her show singing live previously (see video page and previous blogs for more info).

http://dutchguy.tv/love-music-youtube-show-superhero-like-even/ – I reached out to The Dutch Guy and his great blog and music platforms, he has been a brilliant supporter and has included Brushing Off The Dust on his Youtube Channel (see link) and he has also been very supportive of Behind Your Eyes.

Well I think that’s it for now! I may have missed things but hopefully not too much! I will try not to leave it so long for the next blog.. By then ‘Behind Your Eyes’ will be available for digital download!